Cleavage is an important diagnostic feature of minerals.  However it is often misunderstood.  And more often mistaken for another mineral property – the ability to grow a crystal face.

Quartz crystal showing crystal faces growing out of a mass of quartz.

Cleavage is the property of a mineral to break along a definite plane surface.  Some minerals can do that perfectly, such as the micas.  Others can do it imperfectly such as the beryls.   Some, like Quartz, have none at all.

Cleavage is completely controlled by the atomic structure of the mineral.  If the structure has planes of weaknesses due to the arrangement of the atoms and the bonds between them, then the mineral will cleave along those planes.  For example, the micas are made up of flat sheets of silicon and oxygen atoms strongly bonded together.  Between the sheets fit big fat (in the atomic world) cations of potassium and other metals.  Theses form zones of weakness along which the mineral cleaves to form the book-like mica pages.

It should be pointed out that every mineral has the ability to form a crystal face – a smooth face that reflects the internal atomic structure.  However not every mineral structure has zones of weakness that will allow the mineral to cleave along a smooth plane.

Quartz is made up of a three dimensional array of silicon and oxygen atoms forming such a strong network in every direction.  It forms wonderful crystal faces, often terminated (even double termination is some situations).  However when quartz is struck it has no zones of weakness to cleave along, and so it fractures in curves surfaces referred to as conchoidal fracture.   It’s cleavage is described as “none”.

When describing a mineral it’s cleavage, or lack of, is given along with the directions of the cleave.  A system for describing those directions is used based on the crystal systems, but some people just use angles.  Calcite, for example, cleaves perfectly to form rhombs with the cleavage at 120 and 60 degrees. 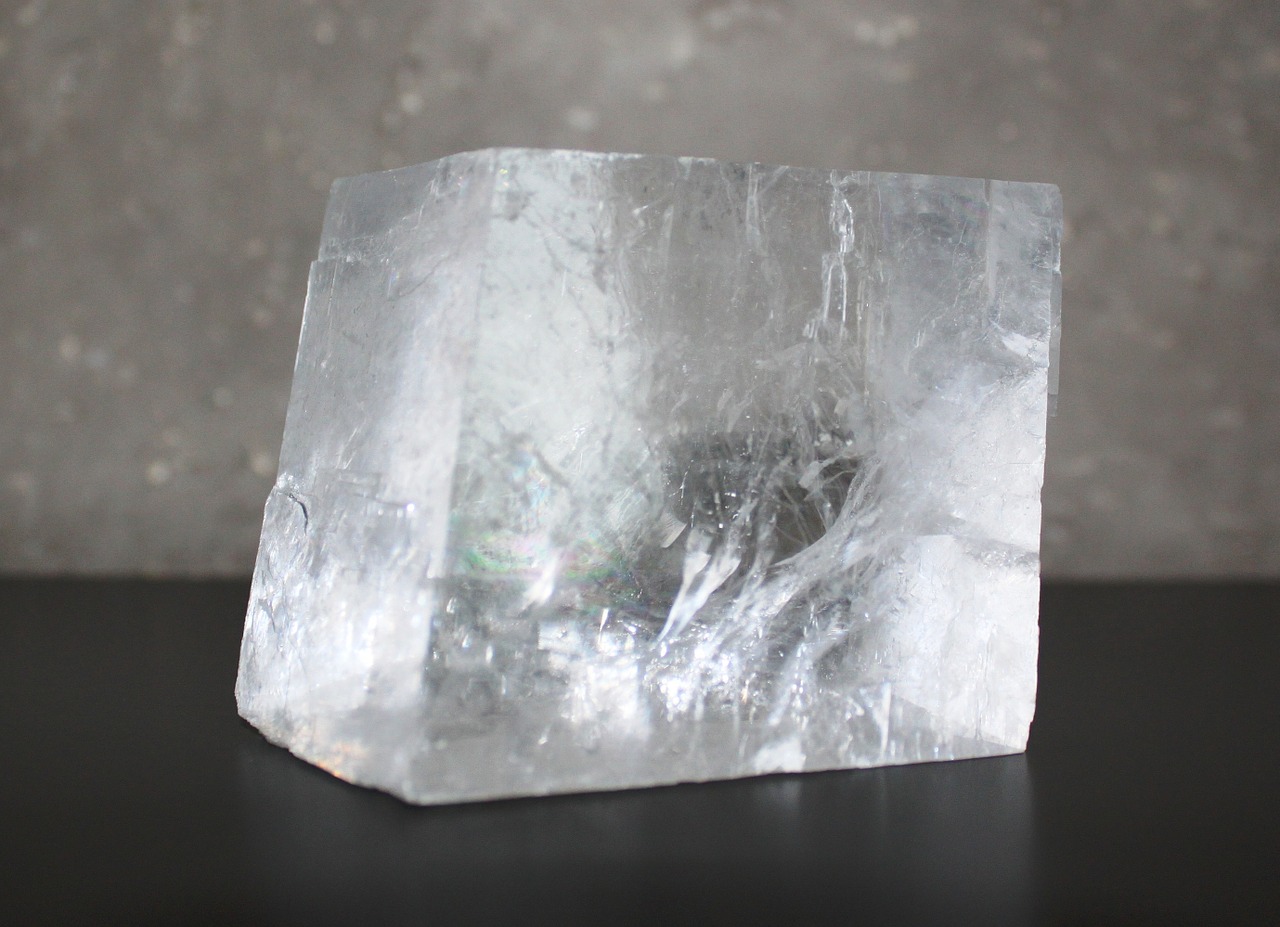 Learning to identify the difference between crystal faces, cleavage and even fracture surfaces is a real skill.  In the gemology world there is the added feature of a cut and/or polished surface – many quartz ‘points’ that are for sale have been cut and polished to look like natural surfaces.